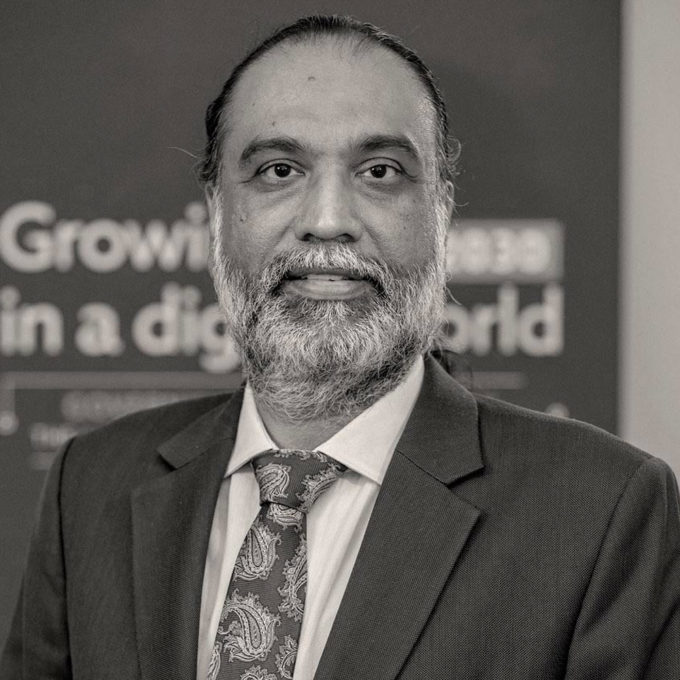 Ambassador Amandeep Gill is CEO/Project Director of the International Digital Health & AI Research Collaborative (I-DAIR) based in Geneva Switzerland. Amandeep Gill was Executive Director and co-Lead of the Secretariat of the UN Secretary General’s High-Level Panel on Digital Cooperation until August 2019. He previously served as India’s Ambassador and Permanent Representative to the Conference on Disarmament in Geneva. Ambassador Gill joined the Indian Foreign Service in 1992 and has served at the Indian Missions in Tehran, Colombo, and Geneva. From 2013-2016, he served as Head of the Disarmament and International Security Affairs Division in the Ministry of External Affairs. In 2017, he helped set up the National Task Force on AI for India’s Economic Transformation. Ambassador Gill chaired the Group of Governmental Experts of the Convention on Certain Conventional Weapons (CCW) on emerging technologies in the area of lethal autonomous weapon systems from 2017-2018. He also successfully led the international effort to agree a new inter-sessional programme for the Biological & Toxin Weapons Convention after the failure of the 2016 Review Conference to adopt one. He has served on the WEF’s Global Futures Councils on Values, Ethics, and Innovation as well as on Global Public Goods. Currently, he serves as a Commissioner on the Lancet/FT Commission on ‘Governing health futures 2030: growing up in a digital world’ and on the UN Secretary General’s Advisory Board on Disarmament Matters. Ambassador Gill has a B Tech in electronics and electrical communications from Panjab University, Chandigarh and an Advanced Diploma in French History and Language from Geneva University. His PhD degree from King’s College London is on Nuclear Learning in Multilateral Forums.