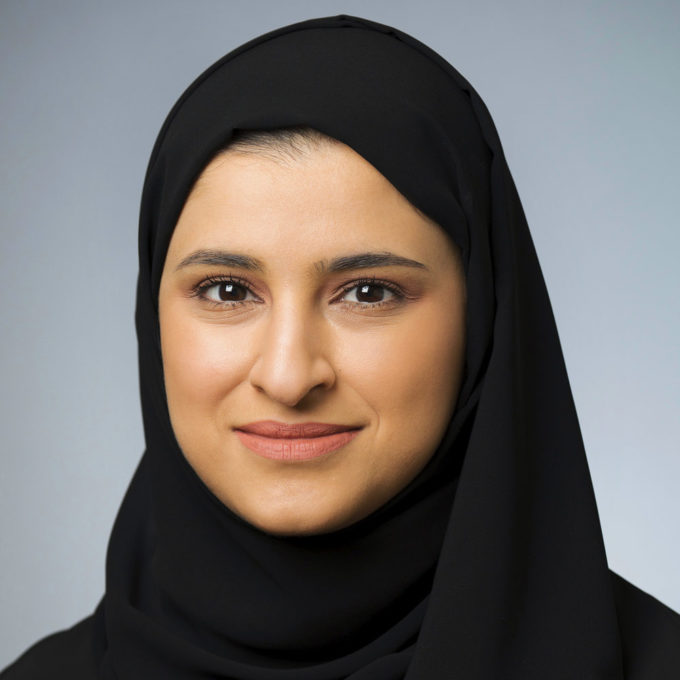 Minister of State for Advanced Technology

Her Excellency Sarah bint Yousef Al Amiri is the UAE Minister of State for Advanced Technology and Chairwoman of the UAE Space Agency.

In her role as Minister of State for Advanced Technology, her Excellency spearheads the UAE Ministry of Industry and Advanced Technology’s efforts to empower the adoption of Fourth Industrial Revolution technologies and promote research and development in the advanced science and technology sector, in order to create new industries that drive the shift towards a knowledge economy. This, in turn, contributes to the overall mandate of the Ministry to strengthen the UAE’s industrial base, ensure in-country value, and raise the competitiveness of local industries.

As Chairwoman of the Space Agency, Her Excellency is responsible to oversee the Agency’s mandate of guiding the space sector, ensuring its contribution to the national economy and to the UAE’s sustainable development.

Previously, Her Excellency was the Head of R&D at MBRSC, where she established the Centre’s knowledge management, strategic research and product assurance functionalities. She was also involved in DubaiSat-1 and DubaiSat-2, and in the establishment of the KhalifaSat program. In 2014, Her Excellency was tasked with and led the establishment of the Advanced Aerial Systems Program, where she championed development efforts on a prototype High Altitude Pseudo-Satellite. The project resulted in a successful 24-hour flight of the unmanned vehicle, which recorded the highest altitude of any aircraft over UAE airspace.

In 2015, the World Economic Forum honoured Her Excellency as one of its 50 Young Scientists for her contributions to science, technology and engineering.

H.E. Sarah Al Amiri holds a Bachelor’s and a Master’s degree in Computer Engineering from the American University of Sharjah.