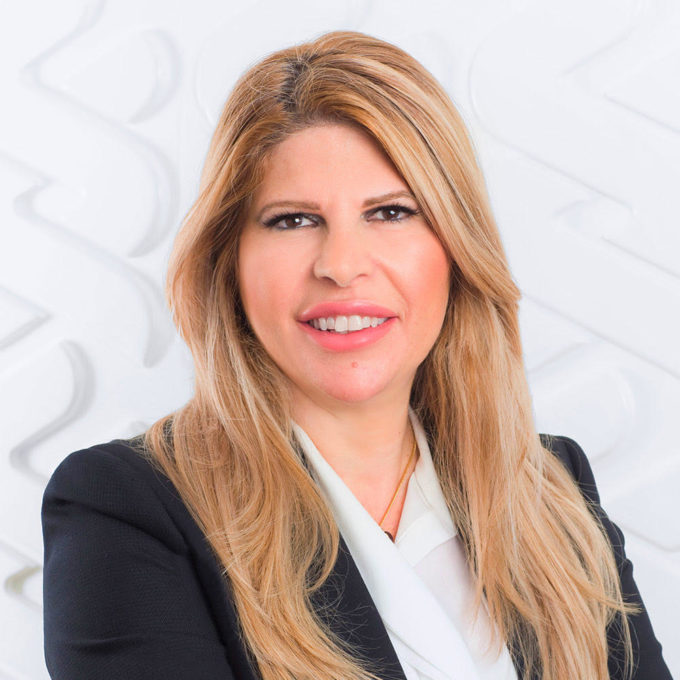 Theme: How women are leading business in the MENA Region

Rola Abu Manneh is the Chief Executive Officer of Standard Chartered Bank UAE, a role she has held since August 2018. She is the first Emirati woman to head a bank in the UAE. In her role, Rola has been responsible for transforming the UAE business into one of the biggest five markets for the Standard Chartered Group.

Over the years, Rola has championed women empowerment and female entrepreneurship through different initiatives and is committed to supporting the wider community by providing university students with mentorship programmes, in collaboration with leading partners, which aim to prepare participants with the necessary skills to succeed in their chosen professions.

As a testament to her efforts and in February 2021, Rola was featured as one of the Middle East’s Power Businesswomen by Forbes Middle East, for the second consecutive year. During her first year with the Bank, Rola was included in Arabian Business’ ‘World’s Most Powerful Arabs in 2019’ list. She was also recognised by Forbes ME as one of the ‘Top 20 Women Leading Top Companies in the Middle East’. During the same year, Financial News (FN) listed her as one of the most influential female leaders.

Before joining Standard Chartered Bank, Rola was the Head of Corporate & Investment Banking for Abu Dhabi at First Abu Dhabi Bank (‘FAB’). In this role, her responsibility was to maintain relationships between FAB and its client base, including government, government-related entities, elite customer groups, family corporations, local corporations, multinational corporations and commercial banking services. Prior to this, Rola served as General Manager of FAB’s Wholesale Banking Group, which comprised of Project Finance Syndications, Financial Institutions Group and Global Transaction Banking.

Rola completed her studies at the University of London – Royal Holloway and Bedford New College and holds a Bachelor of Science in Mathematics & Operational Research. She is fluent in Arabic and English and is married with two children.